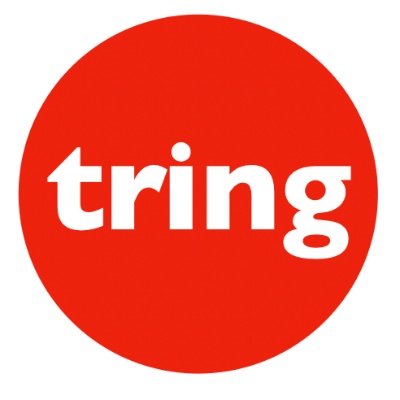 October 20, 2020: Mumbai: ALTBalaji, continues to grow aggressively and is playing a vital role in the massification of content as it reaches out to viewers spread across Bharat. In the latest development to further this growth, ALTBalaji, a wholly-owned subsidiary of Balaji Telefilms Limited, has acquired 17.5% stake in the online celebrity digital engagement platform, Tring (www.tring.co.in). Tring is the market leader in the celebrity video shoutout space, and this investment values Tring at about INR 100 crores in a short period since its launch in February 2020.

ALTBalaji has witnessed a sustained rise in viewership, with the direct subscription revenue nearly doubling year on year. With 65% of its consumers coming from the non-metro and tier 2/tier 3 towns and cities, ALTBalaji has established a clear positioning as OTT of the masses – Hindi Masaledaar Content for India and Hindi Speaking Diaspora. Moreover, ALTBalaji since its launch in 2017 consistently remains one of the Top 5 paid apps in the country reflective of its strong brand affinity with the Indian internet audiences.

Tring, India’s leading celebrity shout-out and engagement platform, was started in February 2020 by Akshay Saini, Rahul Saini and Pranav Chabhadia. Tring has over 2000+ celebrities and has clocked multi-fold growth month-on-month and is well-positioned to capitalize on the long runway ahead. Tring is leading the space with its wide range of celebrities that offer digital services like personalized video shoutouts/messages, live video calls, DMs on Instagram, etc. for personalised two-way engagement with their fans. As part of this transaction, ALTBalaji will be entitled to appoint one board member to represent them on the board of B. D. Inno Ventures Pvt. Ltd. (the parent company of Tring). The investment and involvement of ALTBalaji in this space reinforces the potential of the booming celebrity commerce business in India.

Commenting on the current transaction Mrs. Shobha Kapoor, Managing Director Balaji Telefilms Limited said, “Balaji Telefilms has always believed in investing ahead of the curve and this investment in Tring allows us to better connect with audiences across India. We have successfully taken ALTBalaji to new heights since we launched in 2017, and today, we are one of the most loved Hindi OTT with award-winning shows on the platform. The team at Tring has done a tremendous job in such a short period, and we are confident that with our investment and support, they will scale much faster, bringing audiences closer to the celebrities they adore. We look forward to growing our businesses, given the numerous synergies that exist between Balaji Telefilms and Tring across target markets and customers.”

Commenting on the new development, Ekta Kapoor, Joint Managing Director, Balaji Telefilms Limited said, “Having been in the business of entertainment for more than two decades now, we value the bond between celebrities and their fans. Both ALTBalaji and Tring work with talent and try to bring them a step closer to their fans and vice-versa. We believe this synergy will work in favour of both the brands and help each other widen our reach. We believe in the talented team at Tring, who has immense potential to take the business to new heights.”

Speaking on this investment round, Akshay Saini, Co-founder, Tring said, “It gives us immense confidence that industry stalwarts like the Balaji Telefilms group promoted by Mrs. Shobha Kapoor and Ekta Kapoor have invested in Tring and their belief in the Tring value proposition shows the potential of celebrity commerce space in India. Having them as partners in this journey provides valuable and key strategic inputs for Tring as we continue our market penetration and reach the masses. My cofounders Rahul and Pranav, with Tring’s core team of Advait Khadse and Mihir Parikh, and the fantastic team at Tring have contributed immensely to this journey we are on. We have just begun, it is day one.”