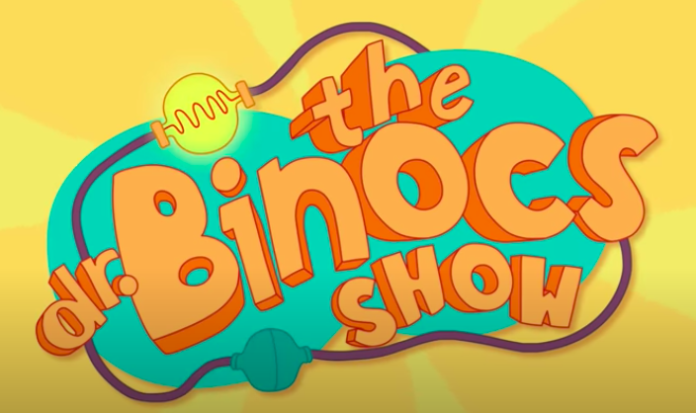 MUMBAI, July 13, 2020 /PRNewswire/ — Rajshri Entertainment is known to curate some of the most engaging content across categories like, entertainment, food, religion, etc. for YouTube and other social media platforms. One of their fortes is to create informative and enjoyable programmes for their flourishing kid’s entertainment channel Peekaboo Kidz on YouTube. With its growing popularity, now, Peekaboo’s star show, Dr. Binocs has achieved a significant amount of subscribers after crossing the 1 million mark.

Peekaboo Kidz is a hit among kids for its colourful and cheerful animation. Through the roving eyes of Peekaboo Kidz’s Dr. Binocs, a world of exploration and imagination opens up for the kids that imparts essential learning through songs and music. Dr. Binocs merges education and entertainment for kids in the age group of 5-10 years, while explaining various topics that enhance general knowledge. The show also appeals to parents and teachers, alike, who uses it as a teaching tool. Topics ranging from science, geography, inventions, evolution, history, etc. feature regularly on the Dr. Binocs series.

An award winning show in India, Dr. Binocs is also licensed in China, France, Russia, etc. making it a truly international marque. The show not only has a subscriber base of over a million, but also has over 279 million lifetime views. Due to this, the Peekaboo channel garners over 12-15 million views every month, as 1 new video is uploaded on the channel every week.

Expressing her happiness of Dr. Binocs being accepted with open arms by the viewers, Mrs. Neha Barjatya, Managing Director, Rajshri Entertainment says, “Peekaboo Kidz and Dr. Binocs is very special to us. Our constant efforts to make the channel and series as relevant as possible for today’s generation of children has brought such positive results. With the onset of the Coronavirus outbreak, we introduced a comprehensive video about the disease and within 2 months we touched 4 million views. Our focus has been to introduce topics that are pertinent to the international audiences and such videos always get the most views. It is surely heartening to have crossed the 1 million subscriber mark and we aim to continue to bring innovative and educative content so that we are able to expand the engagement as wide and as quickly as possible.”