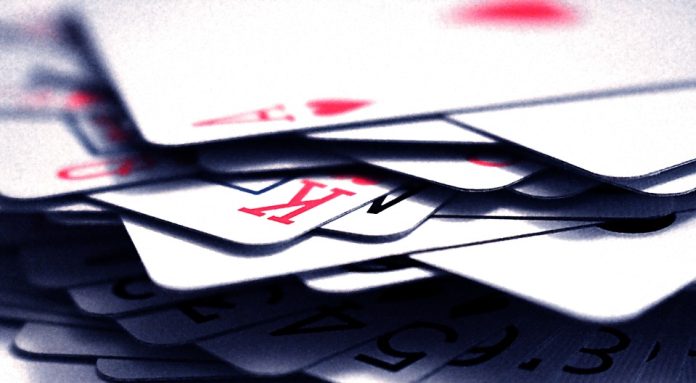 How to Play Teen Patti

Teen Patti is a game that is vastly misunderstood by most of the world, and many people seem to think that it is much more difficult than it really is.

In reality, Teen Patti is incredibly simple and it can easily be learned by anyone in 10 minutes or less. Moreover, it’s also a game that’s well worth learning – it is a favourite of many casino-lovers worldwide.

If you have yet to pick up this classic game, don’t worry. We have got you covered. Everyone should play Teen Patti at least once in their lifetimes, and in all likelihood, you will continue to play this game throughout your entire life once learned.

In this article, we will be giving you a brief yet simple overview of how to play Teen Patti, as well as telling you a few things about this game that you need to know when beginning your endeavour.

The basic concept of Teen Patti is relatively easy to understand, and the vast majority of people will be able to pick it up within just one sitting.

To begin with, Teen Patti utilises a fifty-two card pack without any jokers and is usually played by three to six players.

Unlike most other card games, Teen Patti requires players to place a bet before the cards are dealt, so once all players have placed their bets the actual game will start to begin.

Once all bets are placed, three cards are dealt to all participating players. After this, all players will be able to call, raise, or fold. This works in the exact same way as poker, and if you are familiar with these three terms in the context of poker, then you will feel right at home here.

However, one way in which Teen Patti differs from poker is that players will have to stick to their original call/raise throughout the game. In practice, this means that if one player calls with four coins and another raises by six coins, these amounts will therefore be fixed and these amounts will stay the same every following round.

As the game goes on, the pot continues to pile up and players begin to accumulate more risk as they put in more and more money (that is if nobody decided to fold).

The winner of the game will be the person who stays in throughout the entire game and has the best hand. In Teen Patti, the best hands are the highest. So, for example, getting three aces is the best hand you can get, whilst three two’s would be the worst.

Everything always seems more complicated when written, and in reality, it is highly likely that you will be able to grasp the concept of Teen Patti within just a few minutes.

Teen Patti is incredibly simplistic in nature when compared to other casino games, and if you have yet to learn this incredible game, you are going to be in for an amazing time.

Now that we have covered how to play Teen Patti, we can now go on to discuss where you can go if you would like to experience this game for yourself.

Luckily, if you are just looking to get involved with Teen Patti as quick as possible, then you can do so immediately after exiting this article with online casinos.

Online casinos offer an excellent way for people to play Teen Patti as well as every other casino game imaginable, and in fact, you can even play Teen Patti online on 10CRIC with real money.

If online casinos do not appeal to you and you would like to go to a real-life casino in order to play Teen Patti, then things begin to get a little difficult.

Because of the fact that Teen Patti is first and foremost an Indian game, you cannot expect every casino to offer it (assuming you don’t live in India).

This means you may have to search far and wide to find an establishment that allows you to play. Although, this can easily be remedied with a quick google search, and you can easily find your closest Teen Patti casino within seconds.

The Journey To Become a Master Is a Long Road

Despite Teen Patti’s relatively easy appearance, it would be fair to say that there is still a long road ahead of you if you are looking to become a master.

There are a ton of complex Teen Patti strategies that can make this once simple game into a bootleg mathematics equation, and there are many people out there that have devoted their entire lives to learning its ins and outs.

Of course, this is not going to be an issue for the vast majority of people, and at the casual level, Teen Patti truly is a simplistic game. However, if you are someone who likes a challenge and want to take things a step further, the opportunity for you to do so is there, and there is a vast skill ceiling for those who seek it out.

This makes Teen Patti an incredibly versatile game, and this is just one of the many reasons why it is beloved by people all over the world.

We hope we have been able to give you somewhat of an idea of how to play Teen Patti as well as all the things that it entails. Although, the best way to learn is through doing, and no guide is going to be able to replace actual game time.

If you have never played Teen Patti before, we would strongly urge you to give it a try. This game is one that is rich in history and culture, and more than that, it is also one of the most fun games you can find.

Don’t worry if you don’t get it straight away. It’s going to take time. As long as you keep at it and keep practising, you will become a pro in no time.