In September 2020, India saw an unemployment rate of over six percent which was a significant improvement from the previous months. A damaging impact on an economy as large as India’s caused due a total lockdown was imminent. Unemployment went up to 24 percent in May 2020. This was possibly a result of a decrease in demand as well as the disruption of workforce faced by companies. Furthermore, this caused a GVA loss of more than nine percent for the Indian economy that month as per Statista report. 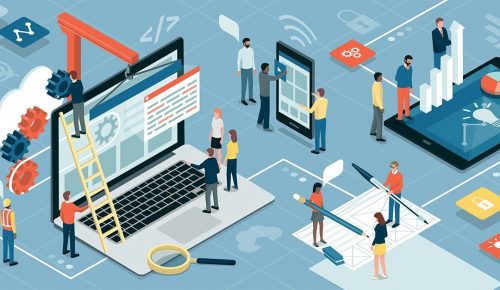 At a time of soaring unemployment Prodevans Technologies, a leading technology solution provider specialising in end-to-end DevOps announced the launch of their unique and collaborative internship program ‘LEAP’ that enables young graduates from tier 3 oand 4 cities to work on projects like PDCloudEX and IVentura. LEAP is an online / virtual internship program and is the only research-based internship program in India. Designed by COSS INDIA, in association with education partners Red Hat Academy, Red Hat Global Learning Services and technology partner Prodevans Technologies, LEAP is strengthening today’s generation by providing 8 weeks of internship which can also be customized according to the college’s requirement. The interns spend 4 hours a day which consists of 2 hours of training and 2 hours of project work.

Here are few other technology solution companies which helped and strengthened millennials in their own possible ways:

Amazon’s 100K new jobs : Many people lost their jobs, and others were relying on Amazon for supplies during the nationwide house arrest. Amazon announced an opening of 100,000 new jobs to support those extra deliveries and provide a source of income for those who may have lost their jobs because of the crisis.

Cisco’s Commitment of $225M: Cisco committed $225 million to the various COVID-19 efforts. $8 million is in cash, and $210 million is in products and resources that focus on healthcare, education, government efforts, and technology. Cisco also encouraged its 77,000 employees to give what they can by launching an employee matching gift campaign for $4 million in total giving.