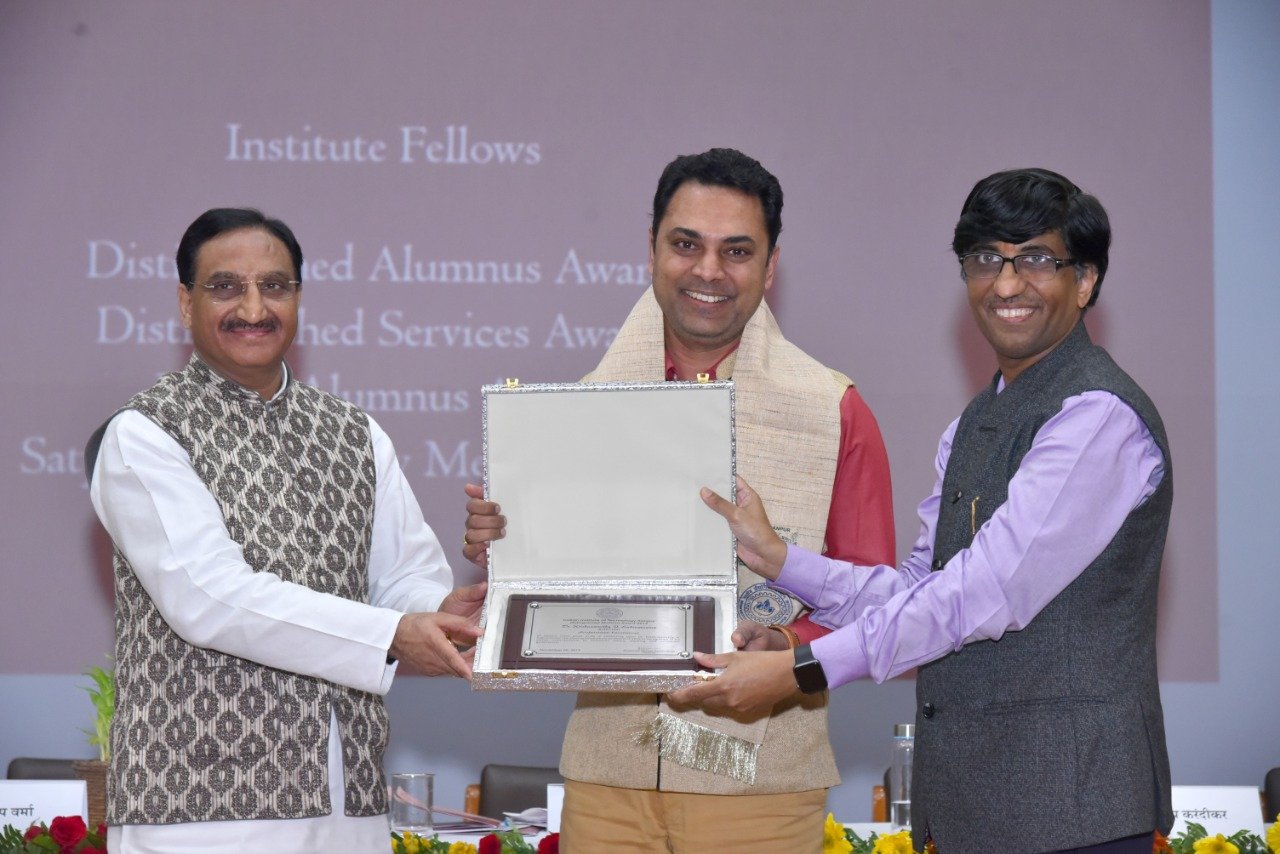 The celebrations were attended by the present students as well as hundred alumni from India and overseas. Present on the occasion were Prof. Sandeep Verma, Secretary, SERB, Government of India and Mr. Rahul Mehta, Founder, The Mehta Family Foundation.

Hon’ble Union Minister of Human Resource Development, Shri Ramesh Pokhriyal ‘Nishank’ said, “At the outset, I would like to congratulate all those associated with IIT Kanpur, both past and present, students, faculty and other officials for leaving no stone unturned in striving hard in creating a world-class institution. I congratulate all the awardees for their outstanding contribution in their respective fields. Our aim is to ensure IIT Kanpur is amongst the best institutes in the world for which the ministry will provide full support. This is my first visit here and I will come back as the infrastructure and facilities here have caught my attention.”

Professor Abhay Karandikar, Director IIT Kanpur said “We would like to thank all those who have been with us throughout this wonderful journey and strived hard in reaching the institute to great heights.  Our alumni have made us proud with their achievements across various genres. We are also thankful for the government’s support and look for their continuing encouragement in the future. At IIT Kanpur we have an exciting road ahead with some ambitious plans on the anvil-like the Mehta Family Foundation Centre for Engineering in Medicine, the Techno Park and the Defence Aerospace Park in association with the Uttar Pradesh.”

Established in 1959, the IIT Kanpur is one of the most prestigious institutes in the country. With the best research infrastructure and state-of-the-art facilities, it encourages students to innovate using technology and approach education with a problem- solving attitude. It was set up with a vision to “To create, disseminate and translate knowledge in science, engineering and allied disciplines that will best serve the society” and the recognition that the institute has garnered as a major centre of learning in Engineering, Science and several Inter-disciplinary Areas is testament to the success of this vision.