Apple launches its thinnest MacBook in India: Price to start at Rs 1.14 lakh 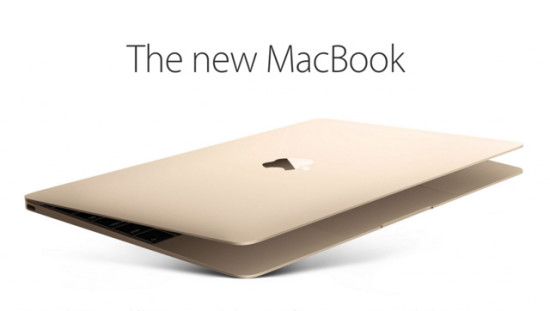 As was being anticipated by tech analysts, the Cupertino based Apple has done a magnificent job in improving its 12-inch MacBook line of laptops.

The smartphone, tablets and laptop manufacturer has improved the 12-inch MacBook laptops immensely with faster processors, Retina display, USB-C port and Force Touch trackpad. The machines were already extremely popular among Apple fans, with the latest upgrades, these are going to break every previous popularity chart.

The most important change or upgrade that the laptop maker has incorporated is by making it even thinner. The new MacBook is 13.1mm thin, weighs 900 gram (approximately) and has a battery capable of up to 10 hours of wireless web browsing on a single charge. The battery upgrade will further boost the chances of market success for Apple’s newest laptops.

The new line of MacBooks come with all-metal unibody enclosure. The machines are going to be available in four aluminum finishes — gold, silver, space gray, and for the first time in rose gold colour.

While talking about the development Philip Schiller, Apple’s senior vice president of worldwide marketing says, “MacBook is the thinnest and lightest Mac we have ever made and it’s our vision for the future of the notebook…Customers are going to love this update to MacBook, with the latest processors, faster graphics, faster flash storage, longer battery life and a beautiful rose gold finish.”

Apple Launches Its Thinnest Ever MacBook

The launch of the digital university is a great step: Sahil Miglani, Geekster